Posted on December 10, 2012 by RieSheridanRose

Still can’t think of a song, but I thought it would be better to post anyway than skip it because of that…lol.

I am still not getting it done everyday, but I am gearing myself up to start over in January. At least I will be starting from a slightly less chaotic point. Still a lot of re-working to do, but I think I will make a bit more progress…we’ll see. I DO have at least two books to finish after all.

Went to the Webcomics Rampage at Dragon’s Lair this afternoon, and got to say hello to some of my favorite webcomic artists. I thought I had taken pictures of everyone, but I missed a few. Did get my two everyday reads covered though. 🙂 [Before clicking any of the comic links, remember that these are webcomics, and they might be a little risque sometimes. Now that I’ve done my warning bit, feel free to click. ;)] 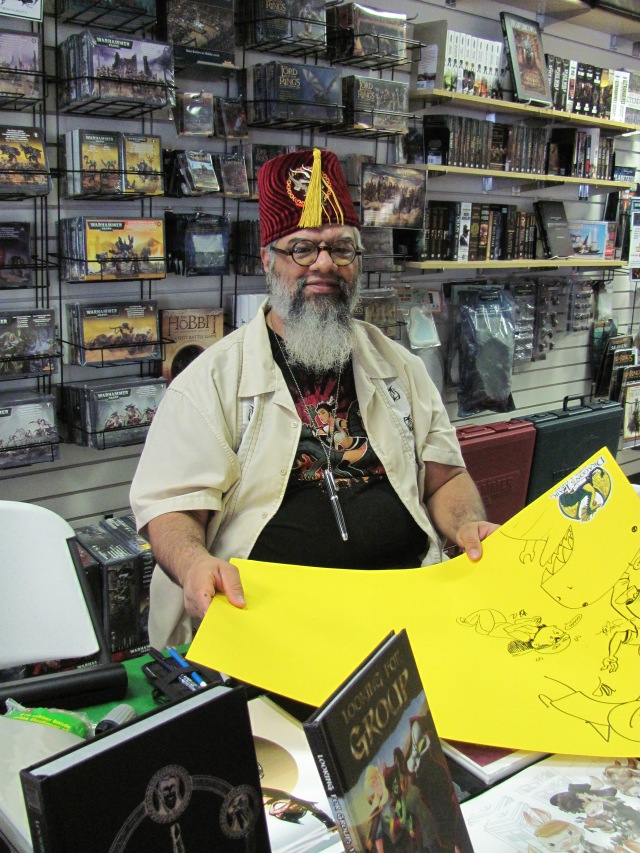 Lar deSouza of Least I Could Do (My absolute favorite…I think I have a crush on Rayne.) He is an amazing artist. I bought a copy of that print at the bottom —  it’s the Doctors as rabbits. 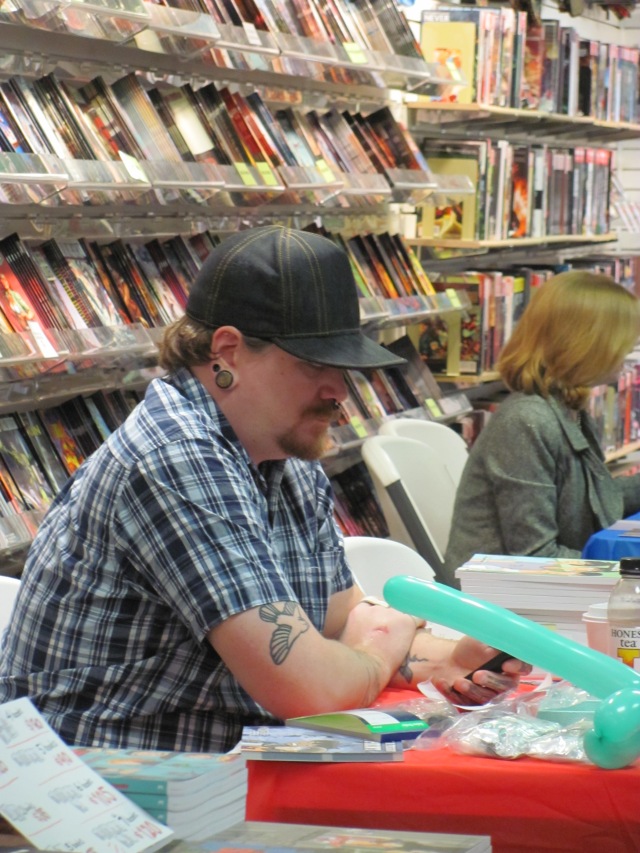 Jeph Jacques of Questionable Content, my other daily read.

And then there were some others I liked (and mostly forgot to snap pictures of…though they all signed my monster…) Though I did get a shot of Zach Weiner of Saturday Morning Breakfast Cereal fame. I don’t read that one every day, but I do quite often. 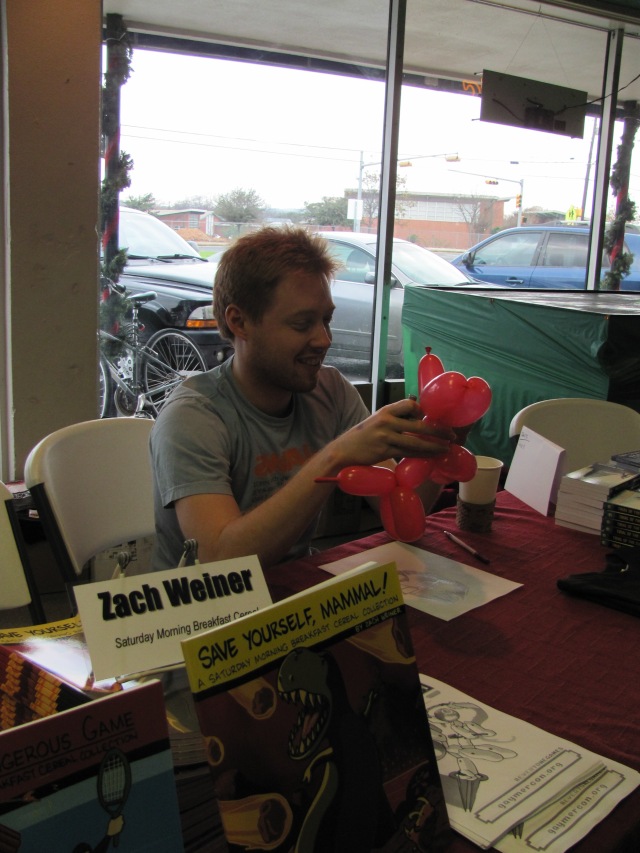 Zach was not making balloon animals. That was a gift from a fan. He gave me one too, because I was wearing my Death shirt. (I wish mine were still that nice and crisp.) I had more people commenting on that shirt…

Anyway, it was a fun time. Also, Newell bought a kilt to wear to the wedding Wednesday. Now I have to get something to go with it…don’t I? 😉

Time for bed. I leave you with Firefly and Luther. Aren’t they adorable together? 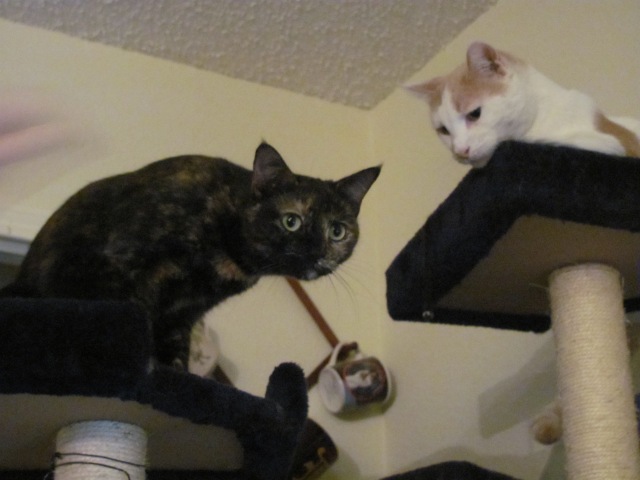